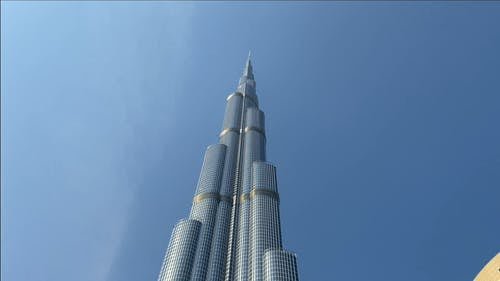 Dubai is famous for its modernity, but the biggest and best part is unquestionably the Burj Khalifa. While travel might be off the table for now, but you can still get a little inspiration for the future.

Burj Khalifa, literally means Khalifa Tower. Formerly known as Burj Dubai or Dubai Tower, which was changed to Burj Khalifa when the tower officially opened on January 4th 2010. Khalifa is derived from the name of Sheikh Khalifa Bin Zayed Al Maktoum, who is the president of Abu Dhabi as well as United Arab Emirates, Burj Khalifa and other construction projects in Dubai were once on the verge of halting due to the attack of Financial Crisis, it was neighbor Abu Dhabi provided funds to Dubai in the hard time, this is the main reason for Dubai to rename the tower Burj Khalifa, additionally the word Khalifa has an important significance in Islam, it means Islamic world's supreme leader.

The design of the tower was inspired by the shape of a Hymenocallis Flower or a Spider Lilly. This is a regional desert flower known for its long petals extending from its center. If you look at the skyscraper from above, you’ll see the similarity!

The Burj Khalifa isn’t just a tower, it’s actually a multi-use building that has restaurants, a hotel, residential apartments, office space, and is a tourist attraction with its observation decks! There are also health and wellness facilities, lounges, and four pools! The building provides many different uses, and contains many interesting structures you might not have known about.

Interestingly, prior to 2010, the Burj Khalifa height had been kept a secret in order to prevent it from being surpassed by potential competitors.

Also, art lovers will be pleased to know that the building is full of specially-commissioned art pieces. Two examples are the sculpture by Egyptian born artist Karim Rashid, made of shifting oval shapes and found in the corporate entrance, and the ‘World Voices’ installation in the resident’s lobby. The latter was the work of Catalan artist Jaume Plensa, and features suspended cymbals that sound when hit by droplets of water.

Burj also houses the world’s highest restaurant, Atmosphere on level 122, where you can dine looking at the city skyline from a height of 441 meters. Naturally, the menu is full of luxury items like wagyu beef, oysters and caviar.

On your next trip, be sure and immerse yourself in the local culture of Dubai at its shimmering, towering epicenter – by day or by night.