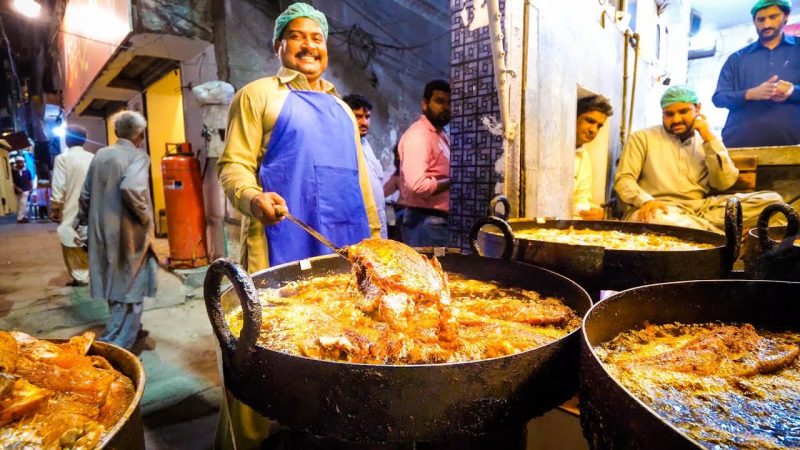 Walled City of Lahore Authority (WCLA) and COTHM Pakistan & Dubai jointly hosted a meeting with the leading entrepreneurs and restaurant owners of Lahore on Friday, June 4, 2021 at COTHM Head Office, Lahore. This was the first formal meeting on the subject after a collaboration was signed off between the WCLA and COTHM.

In an historic move to brand Lahore as “The Food Capital of Pakistan” as well as to initiate the task of preservation and documentation of heritage, culture, and traditional Pakistani food, drinks, desserts and delicacies, the Director General of the WCLA, Kamran Lashari and the CEO of COTHM Pakistan & Dubai, Ahmad Shafiq, jointly unfolded the agenda of the meeting in front of a diverse range of audience from the food service and restaurant industry of Lahore.

“Since we have a rich food heritage in shape of our traditional food, drinks, desserts, and desi delicacies, we should preserve and document it to showcase it in front of the world”, said Kamran Lashari. To achieve the objective, he said, it is vital to have all relevant stakeholders on board.

Ahmad Shafiq spelled out his vision on the idea of branding Lahore as “The Food Capital of Pakistan”. “Making Lahore the center-point of activity will create synergy for promoting the soft image of Pakistan on regional and international horizons”, Ahmad Shafiq remarked. After a brief introductory round, the floor was opened for sharing of ideas by the participants. The following key points make the summary of an exciting and insightful brainstorming session.

The DG WCLA, Kamran Lashari, wrapped up the meeting stating the next steps. The meeting ended on a positive note for translating the idea of branding Lahore as “The Food Capital of Pakistan” into a reality soon.

The CEO of COTHM, Ahmad Shafiq, expressed his gratitude for the participants for the enthusiastic participation.